When you think about funny movies about wild bachelor party-planning with sex, drugs and rock&roll, ‘The Hangover’ comes first to mind. If you liked it, you will like the Budapest too. Critics say the movie is full of stereotypes, that Budapest is an elegant city, much nicer and sophisticated than portrayed in the movie and the directors attempt to insult people of Hungary. Indeed, some of the things in the movie were a bit exaggerated, although it’s true, after the fall of communism, some people made money offering options like to drive tanks or to fire with a Kalashnikov. But this is a movie, a comedy, nothing to take too seriously. Honestly, I don’t see the problem with this movie, overall it’s a fine comedy, it’s funny and it delivers laughs for when you don’t want to think too much.

Spoiler: Two best friends, Vincent and Arnaud stuck in boring jobs after studying at a French business school. On the occasion of a stag night, they meet a stripper who tells them about the city of Budapest. Arnaud then had the idea to create a company that would organize bachelor parties. Vincent and Arnaud are embarking on this unprecedented adventure with the help of Georgio, an expat who will help them discover the secret life of the city. They become bachelor party planners to escape the corporate rat race, promising to fulfil their clients’ wildest dreams. More and more customers are coming to Budapest, the money starts rolling in, but their lives begin to unravel as the requests get more and more outlandish.

The movie is very funny and knowing that is inspired by the real story of Aurélien Boudier and Alexandre Martucci makes it more interesting. These two college friends are the founders of Crazy-EVG, an organization of crazy stag nights, you can really visit their website and book these trips. It’s a pity that the site is only in French though.

Why is Budapest a good place for a bachelor party? Cliché or not, the Hungarian capital is a place filled with young tourist from every country, huge clubs where alcohol flows freely and beautiful girls. 4Play Lounge advertises itself as the best and safest strip club in Budapest, ideal for organising bachelor parties. In my first book, I said not so nice things about strip clubs’ safety in Budapest as I’ve heard from people that overcharging and robbing customers were common, but that was before I worked at 4Play a few days last summer. (Yes, it was only a few days, you know me, I prefer to travel.) 4Play Lounge focuses on customer’s safety and satisfaction, they keep the club a safe and fun environment, I truly can recommend them.

In the movie, they offer the guys a dream program such as driving a tank, shooting AK-47, limo, striptease, and so on. How does a strip club make a bachelor party special? What kind of program do they offer? Find it out: https://www.4playlounge.com/

Sometimes I work in clubs where is a DJ, so I don't need to select my own music to dance Read more

These photos are from last summer when I worked with a talented Hungarian photographer. I was very happy with the Read more

I am a hungry Hungarian

“Where are you from?” “Hungary.” “Are you hungry, hahaha?” “No. But I'm quite thirsty. Are you going to buy me Read more

The way to a stripper’s heart

"On my journey, I have met lots of different men. Some were saints, others were sinners. If my Prince Charming Read more

These photos are from last summer when I worked with a talented Hungarian photographer. I was very happy with the photos but sadly after he stopped taking pictures.
Photos by Laszlo Racz
https://hungarianportrait.com/ 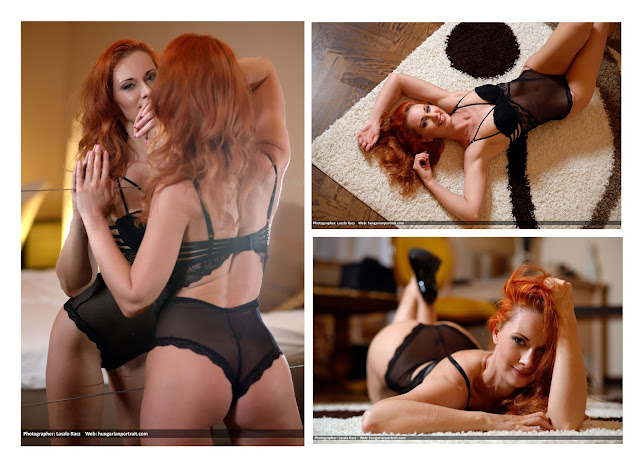 
Photoblog – Let’s have some fun!


I'm in a cheeky, playful mood these days! 🙂 And again, thank you, Lawrence, for the great photo! https://www.ljessop.com/ Lots Read more


How I met my yakuza friend


Someone asked me what was the most unexpected thing for me during my stay in Japan. Well, I never thought Read more


Every time I travel I like to meet local people. Photo camera is a bonus 🙂 Photos by Christopher Tan Read more


I'm very happy when I meet a talented photographer and I got pictures like these as a result: When I Read more

“Where are you from?”
“Hungary.”
“Are you hungry, hahaha?”
“No. But I’m quite thirsty. Are you going to buy me a drink?”
I heard this joke a lot so I developed my cheeky answer and it never fails. But sometimes it can be so annoying, especially when you hear it more than once on the same night. We, Hungarians are very bored with it, so it’s time to forget about it. Deal? Although I’m fully aware of the situation back in my country and it’s sad but Hungary is heading to be a hungry country indeed. (But no political comments here.)
“I’m from Hungary.”
“Really? I just ordered some sushi! Would you like some?”
”You know what? I’d love to give you 2 books at this very moment. One would be an English dictionary to know the difference between hungry and Hungary, and a European travel atlas. (And f*** your sushi!)”
This guy thought he’s so funny, but I was not in a good mood to listening to this joke again. We ended up arguing and he got very angry. Even wanted to call my manager because I was rude to him!
“I’m from Hungary.”
“Are you Hungarian? You’re so white. I thought people in Hungary have dark skin like me!”
From a black guy in Toronto. Well, there are so many gipsies in Canada from Hungary, they are all there as refugees because they say Hungary doesn’t want them. And usually, they have darker skin. But apparently Canada made up the law and they send them back to Hungary because their lifestyle was not acceptable to Canadians. But it was funny that some people in Canada thought we are all the same.
“I’m from Hungary.”
“So do you have horses?”
Anybody can explain why I heard this question a few times? In Switzerland and also in Iceland. What is the link between Hungary and horses? It was a long time ago when Hungarians were riding horseback across the Carpathian base and scared the hell out of Romans. But the question is like me asking an Icelander: “Are you from Iceland? Do you have a Viking boat?”
“I’m from Hungary.”
“Do you know that originally Hungarians are from China?”
From a Chinese guy in Macau. Yes. Everything is made in China.
“Where are you from?”
“Hungary.”
“Where? Congo?”
From a Greek guy in Loutraki. I think he was the best. He tried to pick us up on a street and followed us asking questions when I was walking around with Giselle. I have no idea what he heard as my answer. Hungary and Congo have a slight bit of different pronunciation, not to mention we both don’t look exactly like Congolese women. But we still laughing at him. (No surprise, when I was on the train and asked if it goes to the airport, I ended up at the port. Airport and port are also almost the same.)
“I’m from Hungary.”
“Budapest?”
“No. Kiskunfélegyháza.”
What is basically not true but I’m laughing at the surprised faces. (I picked up a difficult one to pronounce it) Like no other city exists in Hungary expect Budapest. And Budapest, not Bucharest!
Some situations I feel ashamed, just like in Canada, according to so many gipsies there, I saw a paper on the front door of a shop “Don’t steal!” written in Hungarian. I was not so proud but again, no political comments here. Lots of boss and club owners like to work with Hungarian girls because as they say we are more respectful and there is less drama. But I can say it generally, not only in the nightlife. (Of course, exceptions are everywhere.)
So yes, I’m from Hungary. And I’m proud of it even I live in London now. And I always try to do my best to represent my country.
Related posts:


I told you before I always wanted to travel even as a kid. And I also wanted to be on Read more


My best moments of being a stripper


The Death of the Phoenix


I'm going home to die... No need to worry, everything is OK with me, there are no issues with my Read more


No, not being racist here against gipsies, but if Shakira can sing a song about being a gipsy so I Read more