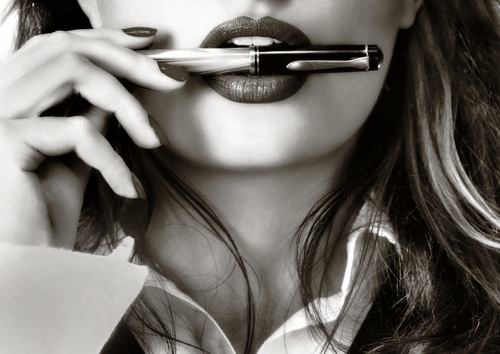 It can be stressful if someone you know has been sent to prison but we have to take care of our dear regular customers, even when they go through a hard time. For me, he was not only a regular of the club but a kind of friend, a valuable person with a big heart for his friends and family and one of the most caring men I’ve ever met.

I’m thinking a lot about him and how someone’s life can change in such a short time. He was smart, but he trusted the wrong person and some of his so-called ‘friends’ took advantage of him. Someone who maybe was jealous of him or someone who got in trouble and to save his life needed to sacrifice someone’s else.

I was aware of his drug addiction and had the sense that he was also selling it, although we never talked about it openly. Many people who visited me in clubs were in the same shoes. The night clubs attract all of the junkies, gangsters, drug addicts, dealers. Maybe their families didn’t even notice but we, night people see a different face of the clients (and that’s often the real one).

Many negative things happened around him, one of his friends passed away, other friend went back to prison, other lost the restaurant because of gambling and drugs, and all dragged him in the current situation. It’s like when bad things happen around you, you attract more negativity. Lately, he was drinking a lot, plus the drugs, not like before for fun and party, but like someone who carries lots of pain. He was a regular in the club where I was working time by time, and all the girls were worried about him. He set up himself on the negative spiral that pulled him down to the black hole and dragged him to hell. Into his personalised hell. And now he’s sitting in the middle of his worst nightmare.

I wish I could see it earlier, and maybe I could change his negative thoughts and turn them into positive ones. I don’t blame myself, but surely, I was selfish and didn’t realise what was going on around him. I was busy chasing my own dreams.

One girl from the club told me what’s happened, then I immediately got in touch with his friend who told me the things don’t look so good, but he has a good lawyer. I was trying to contact him, I even wrote an email to the prison near his town asking if he’s there, but the answer was that I could write a letter, if he’s there he will get it if not, they would send it back to me. How helpful! Then I was thinking to contact his family (I’ve met his father before). I just wanted his family to know that he has my support and I’m hoping for the best for him. I didn’t want to contact him during the investigation period. The only reason why I was hesitating because I know him from a strip club, and what people usually think about strip clubs? Drugs and prostitution… I thought it would be better to wait until the investigation has finished. I knew he would understand it.

I had mixed feelings of anger, sadness and a desire to support him, but I felt powerless and confused. I was worried about him. I know it was one of his biggest fear to go to prison. Once he told me if he ever goes to jail, he will not get out from there alive.

Many questions were in my head. Is he also going through a drug rehabilitation program? Is there anything I can do for him? Would it be possible to write him some encouraging words? How is the family? I suppose they didn’t know much about his drug addiction. Were they shocked? I was lethargic for a few days after I heard what’s happened. I had no idea how he feels, what he could do there. I couldn’t even imagine how his days are passing by.

One way to offer support is by writing a letter of encouragement to him, letting him know that I’m thinking about him and sending him my best wishes and good thoughts his way. Writing letters has always been my choice, it helps me to express those emotions in a controlled way, giving me time to think about what I want to say. Just needed to realise that all the letters I write to him will be opened and read by the judge and the state attorney. So, I must be very careful and not mentioning anything about the investigation or case, especially nothing about drugs.

I believe that everything that happens to us has a higher purpose, even we don’t see it at that very moment, but we will understand when we look back. And what happened to him was the only way to stop him from this self-destructive habits and make him rethink his life. I’m also the person who’s seeking a little positivity in every bad situation. We have to take responsibility for our own acts. He knows he can’t carry on drinking and partying like before. He can’t continue where he stopped. I think the current situation will change him a better one, and I wish him the strength to hang in there. I know it’s not easy to find any positivity there, but at least we should try. I wish him to be strong and don’t let people who love him down. The world hasn’t ended yet, only is changing. Changing for a better one. And that sets him on a healthier path for the future.

I want to show him the light at the end of the tunnel. Because there is surely a light, maybe we just can’t see it right now. We just want to see the darkness.

Finally, I’ve written to him and got a reply very soon. His letter was full of jokes, so I believe he’s okay. He’s doing very well considering where he is. He still doesn’t know how long he’ll have to stay, but I hope he’ll be home soon. And I’m here for him writing him some jokes in the letter as well as stories that will lift his spirits. Even if our contact is limited during this time, it is crucial to let him know that whenever he needs me as a shoulder to lean on, I will be there. He spent an enormous amount of money on me in the club, I can’t show my back to him now. I want to support him continually. He’s worthy and loved, people, believe in him and count on him. He decided to enter drug rehab. He always thought he could control his addictions, but indeed, they controlled his body and mind. I’m proud of his decision and providing him with the determination needed to work through the many challenges that he will face during this time spent in prison.

5 things you should never ask from your dancer

1. How much money do you make? I consider this question extremely rude from a customer's mouth. Especially when my money Read more

I couldn't say a better description of the clubs here. It's like a hard physical and mental military training where Read more

When I think I've seen everything, life always is quick over proving me that I'm wrong. I thought in Iceland Read more