I’m very happy when I meet a talented photographer and I got pictures like these as a result: 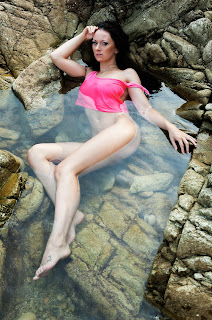 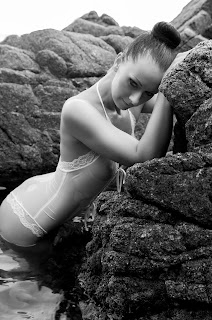 When I work in different countries, I often try to contact photographers. I did it in Spain and I found a young and talented guy from Barcelona, Andreu Olive.

We had a great time during shooting, although the beach was a little busy and we made some noise and some guys tried to be sneaky taking some pictures with their phones. Oh well, it’s hard to be famous! 🙂

(Meanwhile, I arrived back to London, but I wrote this when I was still there, so let me share the original post.) 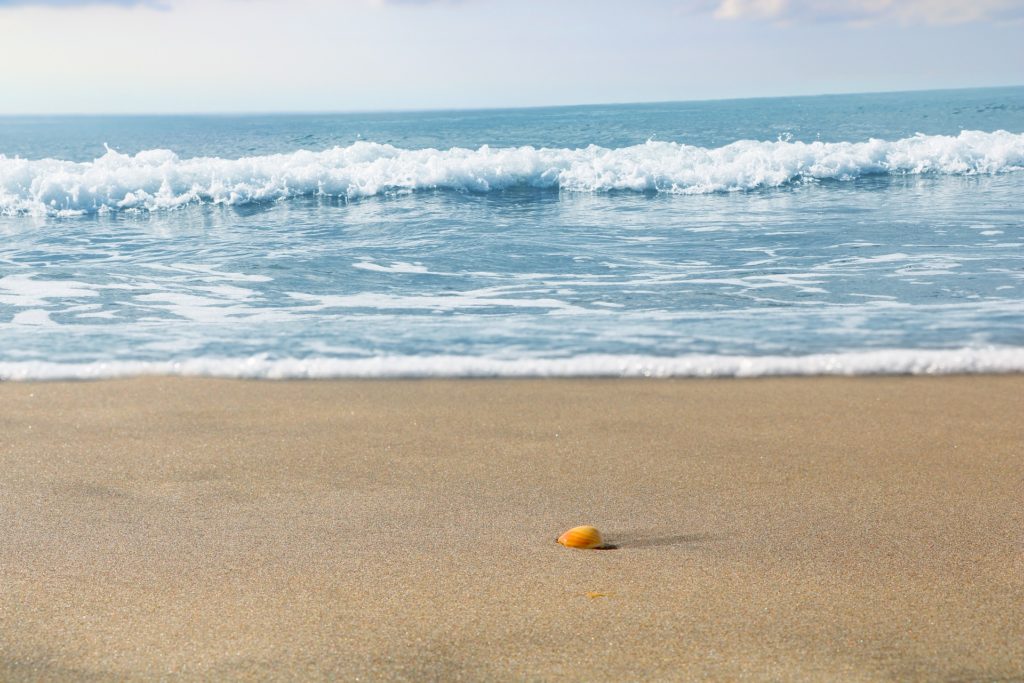 Sun, sea, beach, good food, sangria.. what else can I wish for more?
I was hesitating to come to Spain or go to Greece instead, but I thought I’ve been in Greece already, let’s try Spain this time! I was a bit worried as I heard a lot about the clubs here and almost all of them offer more than a regular private dance. This club 2 years ago was a brothel too, no wonder if guys are still continuously asking for sex.
And actually, I’m lucky that I came here instead of Greece. The Czech girl who arrived yesterday was there and she almost didn’t get paid according to the crisis there. One night the owner paid her normally but the next one “Sorry I don’t have enough money. So I gave you just that much.” It’s not correct as we have a contract with the clubs how much they must pay for us. And most of our money is commission based. It means customers come and pay, we have the percentage of their money spent on us. With daily payment, I want to get the whole amount on the same day, especially in those countries where they don’t keep the records clear. In countries like Germany, it won’t be a problem as they write everything down.
In Norway I worked for Albanians, in Canada for Asians, now in Spain I work for Russians.
It’s just funny yet confusing, my bosses don’t have a typical Russian name like Sergei or Dimitri. Never heard that name before, now I have three of them in the same club (plus one more in another club)
They are new in business and a little bit unprofessional. But because they don’t know how to make it better, at least they don’t stress the girls to make more money for them.
But the club is boring. It has lots of potentials, but still boring. I can imagine here parties, special shows just like in the local discotheques. The barwoman has enough time to practice her pole dance knowledge, instead of serving the customers. I make money on customers. But how can I make money if it’s a Saturday night, the club is empty, only two young guys are sitting there with one drink (one had only water) not even the bar makes money on them. And finally after one and a half hour later they decide to buy one house dollar each to one of the girls on stage. Wow, she made 2€! And that was money hard earned as they though a boobie massage is included.
And let’s be honest, this is the Costa Brava! On the beach, our men see more tits than in a club where only 5 girls work and there are no continuous stage shows. I spend here more time topless on the beach than at work!
OK, I understand they just opened – maybe 4 months ago – and they are new in the business. Three middle-aged men. Maybe it’s a midlife crisis: they though opening a strip club is easy money and easy fuck for them?

But they have zero organisation skills. We gave them lots of advice as we travel a lot and have seen different clubs with different systems, but they don’t listen. Here if I could make 1000€ in 4 weeks that would be a miracle. But I knew that ahead, so no stress. I still get my 40€ daily salary even the club is empty. I never got 40€ for watching movies as we have Internet access in the club! Accommodation is provided and free of charge and it’s only 50 meters away from the beach. This is I call a paid holiday! 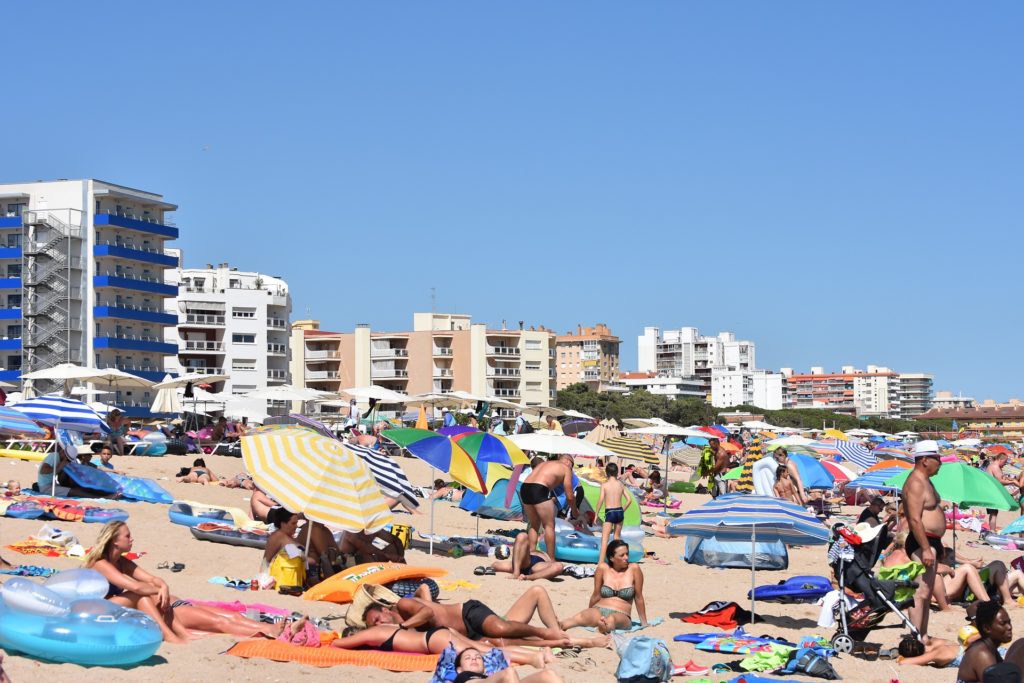 Here is like the language chaos of Babylon as the customers require me to speak Spanish or French, the owners Russian or German. Only a few people speak English, I just wondering why the hell they want English speaker girls then.
One night an Indian guy came to me:
“No chiki chiki?”
“No.” whatever he meant by that. (I have a guess though.)
But during the show in private, it doesn’t matter what language you speak. Words no needed.
The best way to learn a language to have a boyfriend who only speaks that particular language and your love for him will force you to learn. But this is the best way the hate a language too. Once I had a strong feeling for a guy from Puerto Rico, and I started to learn Spanish only because of him. Now I don’t even want to use the words I learned although I understand them. My passion to learn Spanish is gone with him. That scar is deeper than I thought and I realised it now. But I’m proud of my scars on my heart. Without them, it wouldn’t be ME.
Just an update to the end:
On my last week, I made more money than on the previous weeks altogether thanks to the young boys that came to the club. Some of them were nice and very enthusiastic while others were party animals. I like when they drunk and drugged, they forgot we already had a private dance. I have 5 privates with one of them and he thought each dance was the first! So I finished my contract with money and nicely tanned. No reason to complain.